What is a Mental Health Technician?

Written by Alex Hanna  in category  Education My Story
October 26, 2016

Zach Good is a Mental Health Technician with a degree Political Science from Penn State University. He also has a double minor in Sociology and History. 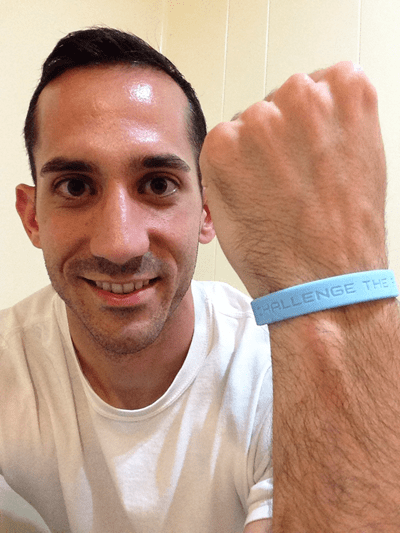 Alex Hanna: What is a Mental Health Technician, anyway?

Zach Good: A Mental Health Technician, or MHT, is an inpatient psychiatric hospital employee who works directly with patients suffering from mental disorders to verify their safety and ensure that the therapy plans created by the psychiatrists and social workers are followed. That’s a summary for an MHT job description you might find online; but to describe it in simpler terms, an MHT is someone who spends the entirety of the day working with psychiatric patients—facilitating activities on the unit schedule, leading group discussions, addressing patient concerns, and generally keeping the peace. MHTs are a psychiatric hospital’s frontline employees in that they live in the trenches and do everything from serve as informal counselors to take out the trash. I like to say that the doctors make the hospital money but the MHTs run the show [laughs].

AH: Walk us through your day, yesterday. Is this a typical day?

ZG: Let me start by saying there is no typical day! Although each day of the week has a schedule that’s planned down to the minute, there are countless variables that can change the flow of the day in the blink of an eye. That’s one of the aspects of the job that makes it so exciting. That being said, I’ll walk you through my day yesterday so you can get a good understanding of my daily job functions.

ZG: I should add that during all of this I was also regularly logging manual safety checks of each of our patients. Patient safety is any psychiatric hospital’s #1 concern. Since most of the patients in our hospital are admitted because they attempted suicide or were having suicidal thoughts, it’s imperative we observe them on a frequent basis to make sure they’re safe and sound while in our care (we don’t advertise the frequency, but let’s just say it’s very frequent). We sometimes find patients in the act of self-harm, or preparing for something even more dire. Our safety checks prevent them from hurting themselves.

AH: What have you found to be the most rewarding part of your job?

ZG: By far, the most rewarding part of my job is the moment when I can see the lightbulb turn on in a patient’s head—the instant when someone realizes why they do what they do and how they can improve themselves in the future. Those breakthroughs typically happen when I’m interacting with patients one-on-one or leading educational discussion groups. I’ve found that the perfect bit of advice or the right question posed at the right time can change someone’s life forever. On several occasions I’ve had patients come up to me with tears in their eyes and tell me that my words eased mental pain they’ve been experiencing for years. Those ‘Aha!’ moments usually happen once or twice per week, and they make me excited to come to work each day.

AH: What about the most challenging?

ZG: The most challenging aspect of my job is working with patients who are experiencing extremely severe psychosis that causes them to try to fight me and other patients. I’ve been called every name in the book and had schizophrenic patients accuse me of working for the CIA more times than I can remember [laughs]. I’ve also had patients throw punches at me and scratch up my arms. Especially when working on the crisis unit, at any moment I could be attacked or have to break up a fight. In my hospital we don’t use straitjackets or physical restraints of any kind, which means when a patient becomes violent it’s up to hospital staff to restrain them in a manner that ensures the safety of both the patients and hospital employees. MHTs receive extensive training in these techniques as part of orientation, so before an MHT is even allowed to work on the unit they’re prepared for anything.

AH: How often do you see patients return? Do you form professional relationships with those particular patients?

ZG: That is another aspect of the job that’s especially challenging: seeing the same patient come through the hospital multiple times. When patients leave we sometimes jokingly tell them we hope to never see them again, because that would mean they’re leading stable, healthy lives; but on occasion we see the same patients come in for repeat treatments. When that happens it’s discouraging because it means the patient is still suffering and our previous treatment didn’t suffice. This is especially true of our patients on the addiction unit. We have some addiction patients who’ve been through as many as eighteen separate detox sequences at our hospital. Eighteen! Not long ago we discharged a patient who spent a week detoxing from alcohol and that night he drank himself into a stupor. When I came in to work the next day and saw his name on the unit census I thought it was a mistake; but sure enough, there he was, in the same room he was in the day before. To be an MHT, you need to be understanding and have an endless supply of patience.

AH: You left a high-paying technology consulting job to pursue a career in mental health. What was your motivation?

ZG: I wanted to make an impact on people’s lives, and I just didn’t feel like I was doing that working in technology. From 2011 to 2015 I did technical consulting for two separate government agencies, and although there were parts of those jobs I really enjoyed, that work simply wasn’t fulfilling to my core. In fact, I can remember the exact moment I realized I needed to change my career: I was sitting in my cubicle and I got an email from my manager asking me to look into a system bug reported by one of our client’s end-users. When I pulled up the case and started researching the cause of the bug it struck me that my contribution to society in that moment was fixing a line of system code so that an employee at a large U.S. agency in a foreign country could successfully enter a charge for buying a can of paint (something that was quickly resolved, of course). I remember pausing and thinking ‘What am I doing with my life?’ That was one of my ‘Aha!’ moments [laughs].

AH: How have things changed since becoming an MHT?

ZG: Since I became an MHT, although I sometimes find myself looking at my direct deposit statements and wondering where the rest of my paycheck is hiding, the difference in salary between my previous job and current job is more than made up for by the fulfillment I get through helping others. For example, a couple months ago I had a young female patient approach me in tears and detail the harrowing abuse she experienced when she was young. She told me I was the first person she ever divulged that information to aside from her mom and a friend. In the fifteen minutes we talked one-on-one I was able to facilitate a breakthrough in her outlook and whereas she began our interaction crying, she left it smiling. That experience was more valuable than any amount of money—and more important than that foreign agency’s can of paint! [laughs]

AH: If you could share one piece of advice to readers, what would it be?

ZG: Being an MHT is not an easy job. It’s not meant for someone that kind of wants to do it. Because MHTs help people navigate through some of the darkest days of their lives, it’s not possible to be an MHT and give anything less than everything you have. If you become an MHT you’ll be tested in ways you never imagined and you’ll likely have to dodge a few uppercuts; but you’ll also have the opportunity to change the lives of others—and have yours changed as well.

Thank you, Zach Good, for sharing your experience about being a Mental Health Technician. To read more about Zach’s unpredictable story, read his book A Plain Black Shirt. 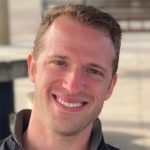 Recommended
Why Did He Have to Ask A Stranger?
Losing the battle with my morning headache I awoke late…