“I have a lot of money coming my way soon,” the thirty-something woman sitting across from me at the table told me with a sincere tone.

“Well, I helped Maroon 5 write most of their songs,” she said without blinking.

Before you get too excited, no, I wasn’t having a chance encounter with a music mogul at a swanky cafe; I was interviewing a schizoaffective patient in the crisis unit of the psychiatric hospital in which I worked. And I knew what I said next would either hinder her recovery or hasten it.

“How about that?” I replied, showing a lukewarm level of interest. “When did you get the chance to work with them?”

“I used to date Adam Levine,” she continued.

“Is that right?” I said, again with a neutral tone.

“Yeah,” she replied. “We wrote ‘Moves Like Jagger’ one morning while we were in bed together.”

“That’s interesting,” I responded, following along with her story. “He’s a famous guy – how did you two meet?”

She stared at me blankly for a few seconds. My question seemed to catch her off guard.

“Well, they were in town on tour a few years ago and we met and started dating,” she said, sounding a little less convincing than she did thirty seconds earlier.

“Interesting,” I replied, still displaying the same balanced demeanor. “So, do you have a lawsuit against the band? Or how do you plan to go about getting your money?”

She paused again, but this time for a little while longer.

I could see the gears of logic moving in her brain so I recognized I didn’t need to go any further down that rabbit hole.

“Well, aside from that, do you have any requests or concerns you’d like the staff to address today?” I asked.

“Okay,” I replied with a smile. “If anything comes up, please let the staff know. Thanks for your time.”

“Sure,” she said before rising from her chair and walking toward a handful of patients gathered in the unit’s dayroom.

Guess what? She never mentioned Maroon 5 or Adam Levine again during the remainder of her hospital stay—and that was a good thing. It meant my approached worked.

So what is a delusion?

A delusion is an extremely unusual belief one maintains despite overwhelming evidence to the contrary. In the story above, the psychiatric patient I was interacting with was presenting a delusion when she claimed to have not only dated Adam Levine, but also co-written a smash pop hit for his band. By the time of that conversation I’d already worked with her for several days and studied her medical history, so when she made her claim I knew the probability she ever even met Adam Levine was highly suspect.

Numerous mental disorders precipitate delusions, but the most common ones are schizophrenia, schizoaffective disorder, and bipolar mania. Typical delusions include persecutory delusions (“The government implanted a chip in my head to track me”), grandiose delusions (“I’m a famous rapper and I have a world tour kicking off next month”), and delusions of reference (“When LeBron James pointed at the camera after making that game-winning shot he was giving me a secret sign”).

During the thousand-plus hours I spent as a mental health technician at an inpatient psychiatric hospital I worked with hundreds of people experiencing all kinds of clinical delusions. One woman suffering a particularly severe bipolar manic episode claimed she was pregnant with Donald Trump’s twin babies, despite the fact that during the timeframe she ‘conceived’ her children Donald Trump’s every move as a presidential candidate was monitored by his campaign and the press—and despite the fact that the woman’s pregnancy test came back negative.

Although many clinical delusions don’t result in harm to others (the woman who claimed to be carrying Donald Trump’s twins probably didn’t have the capacity to do much aside from make bizarre posts on her social media accounts), some delusions can be deadly. In 2004, for instance, a fan of the heavy metal band Pantera jumped on stage during a live concert and gunned down the band’s guitarist after claiming to friends that the band stole his songs.

Oh, so that’s a delusion

We as a society casually label beliefs we don’t understand ‘delusions’, but as seen in the examples provided above, a delusion isn’t simply an eccentric opinion someone holds—it’s a completely illogical and often times bizarre conviction one steadfastly clings to in the face of insurmountable proof. In other words, your neighbor who thinks the buffet down the street purposefully serves whole wheat bread in order to make its patrons feel full more quickly is not delusional; your neighbor who thinks she’s a time-traveler sent by aliens to save the world is delusional.

In general, we humans aren’t very accommodating to the absurdities of others. When we hear someone make a claim that’s truly delusional in nature, our impulse is to immediately begin aggressively challenging that person’s judgment by means of a one-two combination of disapproving expressions and fierce condemnations. To not do so, we presume, would be to tacitly allow their irrationalities to become a part of our logic-driven world.

But does forcefully rebuking someone experiencing a clinical delusion make it more likely the individual will realize the error of their judgment?

The answer is no.

What should I not do?

When someone afflicted with an untreated mental illness experiences a delusion, they’re by-and-large incapable of recognizing they’re experiencing a delusion. It’s as if the frontal lobe of their brain—the part of the brain responsible for critical thinking—is switched off. That means if they believe they’re the King of England, your telling them they’re crazy will result in them still believing they’re the King of England—but now also believing you’re crazy for disagreeing. Attacking someone with a clinical delusion almost always causes them to put up their defenses and retreat further into their beliefs.

Okay, so challenging a clinical delusion head-on doesn’t work. What about playing along with it?

If you encounter someone experiencing a clinical delusion, feeding into their delusion will only give them more reason to think their beliefs are justified. If they obstinately claim Barack Obama is their father, addressing them as ‘Mr. Obama’ will further cement their delusion because if someone else agrees with them, how out of touch with reality can they be?

So…What do I do

What, then, is the best way to respond to someone suffering from a clinical delusion?

First, don’t ignore the delusion or write it off as just a fleeting belief. This can potentially be disastrous, especially if bodily injury or death could result should the individual take action on their delusion. For example, if your loved one professes to believe the FBI bugged their house and is tracking them, they might one day reach a point wherein they take up arms and murder law enforcement officials to gain vengeance. Indeed, if someone you know is experiencing a clinical delusion, it’s imperative you recognize it for what it is.

Next, calmly ask the individual pertinent questions in a nonjudgmental manner so as to better understand why they believe what they do. How did they arrive at their belief? How long have they held their belief? What do they plan to do in response to it? When asking questions, don’t play the part of a detective in the interrogation room, but don’t be the individual’s yes-man, either. Think of yourself as a reporter gathering quotes for a news story. No matter how bizarre their answers, don’t react one way or the other; just listen.

Probing for more information is valuable for several reasons. Most importantly, it forces the individual to articulate how they came to reach their conclusions, which opens the door to the possibility that they’ll recognize the failings of their own logic. Often times when someone arrives at a delusion they do so without analyzing all relevant data—they make one giant leap from Point A to Point B and miss several important steps along the way.

Asking the individual questions is also effective because it gives you the opportunity to test the individual’s pliability. Their responses will demonstrate whether their delusion is one they’re adamant about or just loosely attached to. As a general rule of thumb, the more resolute they are and the more bizarre their delusion, the more grim their prognosis and the more pressing their need for medical attention.

Which brings me to a final recommendation: when a friend or family member is experiencing a clinical delusion, it’s imperative you work with members of their support system to get them proper mental health care.  If you go to your mother’s house to take her to lunch for her birthday and she acts erratically and refuses to get in the car with you because she believes you’re a hitman sent to kill her, seek help for her immediately. Hospitalization may be necessary to prevent her from potentially harming herself or someone else—and to give her the opportunity to return to a normal life.

The beauty of the approach outlined above—don’t attack, don’t agree; remain calm and ask questions—is that it’s also helpful for situations in which you encounter someone who’s not delusional, but rather just holds a view that’s radically different from yours. For example, let’s say you have a relative who fundamentally disagrees with you on all things political (something to which each of us can relate!). Attacking their beliefs will cause them to become defensive and shut you out, and agreeing with their beliefs isn’t practical and will further convince them they’re correct.

On the other hand, asking them objective questions about their views will force them to explain their opinions, acknowledge their own logic processes, and give you the chance to determine whether reasoned dialogue could change their mind. The information you glean from their responses will give you the opportunity to reply from wisdom instead of emotion—or perhaps show you that changing the subject would be the best course of action for you both. Zach Good is an author and mental health professional with a BA in Political Science from Penn State University. His memoir, A Plain Black Shirt, is available on Amazon. Click here to check it out. 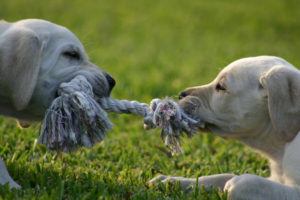 My Battle with Bipolar
Mind, body, and spirit all require care. If one is…