Those Crazy Kids…Real Story Of Childhood Mental Illness In Schools

Written by Amy Krolak  in category  Education My Story
August 28, 2017

What are the facts?

Some of the statistics are:

In the fall of 2013, I began working as a Literacy Tutor at the elementary school near my home. My primary responsibility was working daily with 15-20 students in K-3. My working experience would expand to include many more responsibilities and students.  This was not an unusual practice as I had a contracted number of hours to complete within one school year and no hours would be earned during school breaks.  As a Title One school, our student body was overwhelmingly families that qualify for free or reduced lunch and a majority of the students were students of color.

What I didn’t anticipate in my preparation to spend 1700+ hours amidst these students was the emotional toll it would take on me at times.  I had been a regular elementary school volunteer for the 8-year span of my own 3 children but then I had moved into work involving mostly high schoolers for over a decade. One of the symptoms of my multiple mental illness diagnoses involves difficulty with regulating emotions. I found I was not prepared for how emotional I would become watching the students at my school struggle.  I anticipated the academic part and my week long training and materials covered that aspect of the school environment. But the mental and emotional struggles I saw were a bit of a shock to me.

I will freely admit that on more than one occasion, I was guilty of thinking: Do SOMETHING with these crazy kids!! As time progressed, all I could do was watch the Administrators, Behavior Specialists, Psychologists, and Social Workers diligently address these behaviors.  Since I am not a certified mental health professional nor was I privy to the students’ mental health status, I will tell you what behaviors I observed.  On any given day, students had emotional and behavioral needs that were beyond what the school could do to support, leaving the students disengaged from learning. Students were out of their learning areas and there were physical altercations and other unsafe behaviors such as climbing on top of furniture and throwing items.

According to www.urban.org, “For children, the long-term mental health effects of poverty are even more alarming. In addition to occupying cognitive resources needed for education (arguably the clearest path out of poverty), poverty is toxic to children. Persistent stress and exposure to trauma trigger harmful stress hormones that permanently affect children’s brain development and even their genes. The damage to childhood development is so severe that medical professionals now describe the early effects of poverty as a childhood disease.”

How Do We Determine?

The signs of mental illness in children vary by age and type of illness, with some psychiatric disorders appearing even in preschool years. However, two warning signs tend to cross over into all categories and signal that you should consult with a professional such as a psychologist or therapist:

The following signs may also indicate the need for professional help:

Why Does Mental Health Matter in Schools?

Being able to recognize and support kids mental health in schools matters because:

“Whether treated or not, the children do go to school. And the problems they face can tie into major problems found in schools: chronic absence, low achievement, disruptive behavior and dropping out.” Source: NPRnews

Not an Even Playing Field 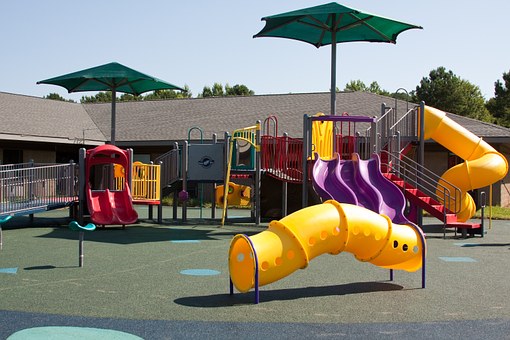 Nonetheless, schools vary greatly in the degree to which they are willing and able to accommodate mental health issues. “Some are doing a lot and training teachers on how to recognize warning signs and talk to families. And others are doing very little to understand the needs of students and how to work with families,” said Gruttadaro. Source: http://www.pbs.org/newshour/rundown/one-five-children-mental-illness-schools-often-dont-help/

Why Should I Care?

Hopefully, I have made my points regarding the mental health crisis affecting a great many young people especially in terms of receiving an education. If you are not in the school system either as an employee or student or relative of a student, you may wonder why this is your problem. There is, of course, the financial burden, either of extra funding necessary in the school system or to pay for the care of young people in detention centers and then jails. There is an increased risk of criminal activity if they drop out of school. But there are other costs also: safety of other students and the community, costs of reliance on government assistance if they are unable to get or keep a job, and children with mental illness grow into adults with increasingly more difficult to treat mental illness.

I won’t argue politics or go off on my soap box about the need for a society to take care of its citizens. What I want to emphasize is that like the stigma attached to a mental illness diagnosis in contrast to societal acceptance of, for example, a young person with an insulin dependent Diabetes 1 or a child with a severe peanut allergy, to go away. I want parents to be able to comfortably seek the help they need from pediatrician, teachers, or daycare providers. I am aware that there is a difference between a child with a severe mental illness, with violent tendencies, and a child with a generalized anxiety disorder, like a little 4-year old I helped in preschool as an Early Childhood Special Education Paraprofessional. My point is that while the student was protected under privacy laws, to not have the rest of the students and their parents know her condition, our school district has created a special education program for these youngest kids, that has at its core, to grow or heal out of special education. Early intervention is so very essential.