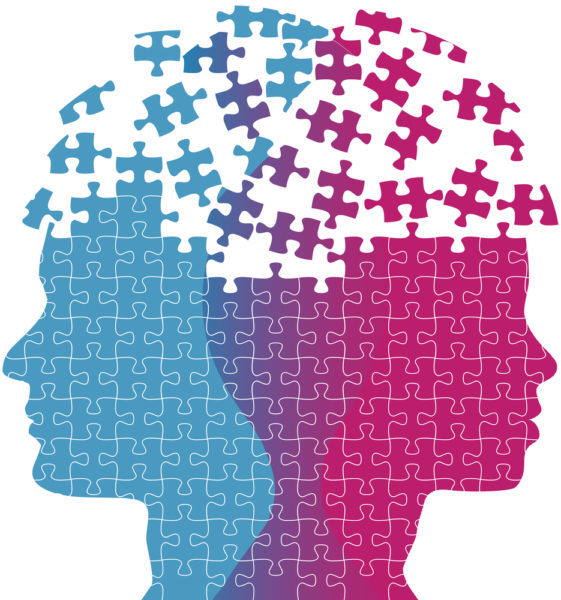 Men have a unique set of issues to cope with in our society today, and some serious mental health concerns come along with those. For example, statistically speaking, men are far more likely to suffer from addictions and tragically, also more likely to commit suicide. These are significant facts, with many related problems in a mix of biological, cultural and social causes. Men are, of course, physiologically different than women, and they are socialized differently-held to different cultural and social expectations. Consequently, psychologically and in behavior, too, men have a unique experience. Unfortunately, that experience can be debilitating in many ways when mental health concerns arise. And, often three significant mental health issues come together for many men. These are trauma, addiction and the potential for suicide.

One of the most telling gender-related mental health problems for men involves trauma exposure and PTSD. Men and women almost equally experience traumatic events, yet research tells us that biological differences and social differences play an important role in coping with an overwhelming event, as well as in recovering from one. For instance, returning combat veterans with PTSD (Post-traumatic Stress Disorder) have been found to have dramatic gender-based differences in how they respond to fear and how that fear can be lessened when they are safely at home.

Encountering traumatic experiences is perhaps more common than many would think. It is thought that 60% of men have at least one traumatic event in their lifetimes. However, gender differences are at work in the types of trauma men suffer and the types they seek help for. For example, men are more likely to experience accidents and exposure to violence-either directly or as witnesses-while women are thought to have more sexual trauma. However, many boys and men may suffer from cultural stigma about reporting sexual trauma, and may not report these traumatic events, leaving the statistics to under-represent them. Substance use is often an attempt to self-medicate trauma, and depression, along with the potential for suicide frequently accompanies untreated trauma.

Men also have gender-specific issues related to substance abuse and addiction. For instance, more men are in addiction treatment typically and more men than women are diagnosed with a Substance Use Disorder in the general population. Research suggests both biological and cultural factors are at play in substance-related problems, too.

Men tend to be introduced to substance use differently than women—typically through peers and at an earlier age. Men also metabolize addictive substances differently. They are usually able to tolerate more substances and use more frequently before having the negative effects women suffer more quickly. However, these issues can keep men exposed to the toxicity of addictive substances longer, and the eventual health consequences of addiction for men tend to be more severe. These include more ER visits, more overdoses, and more cirrhosis, pancreatitis, organ failure, depression and suicide.

Complicating these issues are cultural roles and expectations that ‘allow’ men to engage in riskier behaviors and reinforce a prevailing notion of masculinity that sees men as risk-takers and ‘tough’ enough to endure more extreme behavior and circumstance. Another significant social and cultural aspect is clear in substance problems, but also more general in nature. That is, men are less apt to seek help on their own, and more men enter court-ordered treatment than voluntary treatment. This reluctance to seek help plays out across the board in mental health treatment of all sorts and seems to notably be a function of social and cultural expectations that men are ‘strong’ and do not need help.

Men are more likely than women to take their own lives. This tragic statistic highlights multiple issues specific to men in our world today. A notable factor is that there is often a significant gap between the realities of men’s lives and the masculine ideals they have taken as their own and that others project onto them. This can lead to overwhelming feelings of shame, failure, hopelessness, and helplessness.

More specifically, men tend to have fewer emotional supports than women and rely heavily upon their love relationships for support. Consequently, they are vulnerable when losing those relationships, often finding themselves without support. Coupled with a reluctance to seek mental health services, men with depression are at significantly more risk than women. As with addiction, a depressive illness progresses. And, men tend to use firearms in suicide attempts which are more lethal. When substance use is also in the picture, the risk dramatically increases.

Research in recent years has documented the unique needs of men who experience trauma, addiction and the potential for suicide. Unfortunately, many men experience all three simultaneously. Because of research, treatment settings are far better informed and equipped to meet the mental health and substance issues men face. If you or a loved one need help for substance use and unresolved trauma or depression, reach out.

Nicole is a freelance writer and educator based in Michigan and believes that her writing is an extension of her career as a tutor since they both encourage learning and discussing new things. When she isn’t writing, you might find Nicole running, hiking, or swimming. She's participated in several 10K races and hopes to compete in a marathon one day.