I Miss the Way I Saw Myself 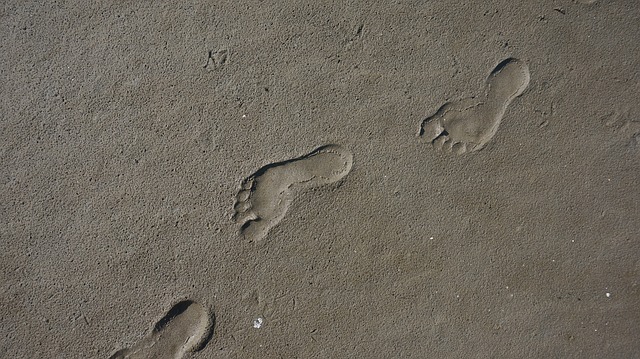 No one had ever told me that recovery would be easy. I was told that therapy would cause me to feel worse for a while because I was confronting things that I had been avoiding. I would be tired. I would feel intense emotions that I had been suppressing. But in time, I would learn to acknowledge these feelings without them knocking me out. They would no longer be a threat. Sure, they were unpleasant, but they weren’t permanent. Realizing that nothing is truly permanent is the tool that has helped me to recover and improve my mental health more than anything else.

What no one tells you is that there is a part of the sickness you will miss. When I pushed away the sadness, the anger, the frustration, the fear, I felt that I was invincible. I could overcome anything if I could overcome any of those. I didn’t know it was “maladaptive behavior;” I just thought it made me tough. It made me good at my job, a good athlete, daughter, sister, girlfriend, and friend. Any role that I had was enhanced by my ability to just “roll with it.”

Now, I feel every bump. I don’t feel that I roll very well, and at times, it really upsets me. I don’t like acknowledging how tired I am all the time. I don’t like taking time to rest because if I don’t, I will collapse again. It’s amazing to me that I pushed everything down for so long, but now, with one slip up, I lose an entire week of progress.

My husband tells me that I’m better off without that part of me. He says that my mood is so much better; he noticed how irritable I was before I started therapy. He said he was never mad at me, never blamed me, but it made him sad. He knew I was hurting, and I couldn’t acknowledge it. Thus, I could not lean on him for help, no matter how much he wanted me to. I love him for his patience and support, but I still struggle with the neurotic idea that I can do everything myself. When I lean on him, I miss the illusion of self-sufficiency.

I hate the fact that I am scared to take on new or extra responsibilities. It has held me back so many times; I was afraid to move into a house. I was afraid to get a dog. These were huge, permanent changes, and if I was overwhelmed or stressed, there was no going back. I avoid extra hours at work at all costs. I know giving up those few hours will cause me to be fatigued and agitated for the next two days; two hours of missed sleep will ruin my week.

I understand this about myself, but I do not trust that others will understand this about me. I feel like I owe them an explanation; so while I may understand, I haven’t made peace with this for myself. I don’t want to go back to the way things were, but I’m in a type of mourning for that time. I don’t know how to let it go. I don’t know if the way I am now is a temporary reality or if it’s how I need to operate forever. The fact that I am in limbo between these two thoughts forces me to remember that nothing is permanent. This knowledge brings peace for now.

Claire Kopko lives in Ohio with her husband, Nick. She is a physical therapist at a large children's hospital. She enjoys powerlifting, Olympic weightlifting, hiking, traveling, and reading. Claire's struggle with anxiety and depression began long ago, but only recently has she really learned to embrace it as a part of herself. In fact, it has helped her learn more about herself and how to better reach people in her personal and professional life.